I first heard about Jay Steensma in 1993 from “The Incredible Nomad Folk Artist Bob Christy”. We were doing a show for Bob at the original DLG about a year after I had officially opened. He chose Jay Steensma to exhibit with in a two man show.

Jay was a Pacific Northwest artist and influenced by the great Morris Graves. Jay’s depictions of the Seattle area are very gloomy and his “Eco” series shows gatherings of people painting other people hanging themselves.

Bob once told me that Jay had had a showing at a gallery and the gallery owner went out for coffee and when he returned Jay had slashed all of his paintings with a razor blade.

A few years ago I called a Seattle gallerist to inquire about Jay’s work. He told me that Jay had come to his gallery and lit a roll of paper towels and pushed it into the gallery through the mail slot. It had burned his rug and created a severe amount of smoke damage.

I greatly admire Jay Steensma’s art. It is beautiful in its black and grey hued style. His art is exhibited in all of the Pacific Northwest Museums, including the Seattle Art Museum (SAM). Jay was however not invited to the gallery reception of his two man show at the DLG… 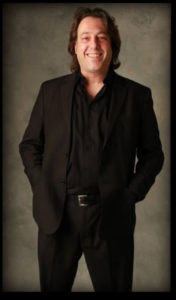